Finally!!…I am very excited to roll out the VIP ONLY category and classification of videos.  Ever since we began, as far back as 2001 and 2002 we found a need for an even more private area and a more secure area for video that for one reason or another could not be, or should not be displayed publicly.  There was no easy, quick or inexpensive way to do that, but with the release of the VIP membership in March 2016 the foundation was set. With the success of the VIP recurring membership we have now rolled out the VIP ONLY category as another VIP benefit, one among others we will be working on.  With even more security and piracy tracking / protection added to our exclusive digital fingerprinting technology this very confidential category can now offer absolute and complete hidden content that no one other than a VIP member will see or knows exists.

Endless Possibilities & Peace of Mind: This category is NOT limited to any size, or length of video since it is a VIP area and all movies in our entire catalog are open and available to VIP members.  Some video were too short to put a rental or lifetime price on for the classic pay as you go membership.  So anything classified as VIP ONLY can be an audition video, out takes, video never seen as far back as 10 years ago to as recent as last week.  This could include portions edited out of already released films, and the “re-categorization” of some films that were previously public, but should really be in a more private place.  Video in this category can now include films, clips, live encores etc. that can now be filmed specifically with VIP-O in mind; meaning some might push limits or go further once if they know it is not and will never be public.

I have a growing organized list of video to be added to VIP ONLY and will be added those randomly.

Adding Content:  October 19, 2016 We are launching this new category with 1 or 2 films, testing it live, looking for feedback and starting in days after this date, considering there are no issues I will begin adding new video on a regular basis along with any new releases in all categories.  Each video added, regardless of category, length or content will be numbered in sequence as usual.  There will be no special demarkation to VIP ONLY videos other than their category. Current and Valid VIP Members once logged in will see all restricted areas, content and categories, movies and new releases. For Classic, Pay as you go members, nothing has changed for you other than the presence of the new category. Now is the time to upgrade to VIP.

God Help ANYONE:  What if a weasel attempts to pirate, steal or grab any portions of video or VIP ONLY content.  We have many security measures in place (some new as of this release) preventing blocking and alerting us of any attempts.  If anyone discusses who or whats behind there, or even attempts any breach of our code of silence and the trust we place in VIP Members ….GOD HELP Them!  I take it very serious, the crew does, our members who support and respect our content take it serious and so do the magical techs and IT people that have built and customized this site.  There will be No mercy...

What is this? The VIP ONLY category or “VIP-O” are considered “classified” scenes (Marked VIP-O).  They are videos, short clips, live encores or full featured films that for what ever reason require additional exclusivity and an elevated level of confidentiality; that reason will usually be disclosed in the video description.  The descriptions, photo thumbs, trailers, titles etc. of these films will not be seen outside of this restricted area and will only be seen by members who have a VIP Subscription or “logged in” as a valid and current VIP Member.

Who or what decides a VIP ONLY? Only “The Boss” (Carlo) decides however, sometimes it can be a negotiation between Carlo and the video participant(s).  Some films previously public might be more suited for VIP-O and may be re-categorized here.

Why Do we need a VIP-O? Because some films, and some crew (current and potential new crew) would not otherwise be filmed or submit video without the restrictions VIP-O provide.  This opens up more possibilities for content and crew and will now allow me to release video already filmed from a vault of never seen footage held back pending VIP-O. With this new classification we can now create films and accept video submissions filmed with VIP ONLY in mind.

Who is in VIP ONLY and how long are they? With this new classification anyone can be in VIP-O, even members, other models, cock suckers etc can submit film for VIP ONLY.  These films can range in length as short as a few minute clip, a short film or a full featured film production; they only need be VIP ONLY worthy.

Your Story / You Produce:  Can anyone submit me video for VIP only? Answer: yes.  With this new category opens up a new stream of video options for anyone who has video, or clips and who would like to make video or clips and submit them for consideration for this restricted members area.  This is perfect for guys out there (muscle, cock suckers, worshippers etc.) who always wanted to display sensitive video but would never on any site or current social media for obvious privacy reasons.

** All video submitted, if chosen will be come the property of The Muscle Mafia and musclematt.com.  Whether or not you choose to show your face is your decision and a personal one for all submitted video.  If minimal video editing is needed to clean up or make a submitted video viewable, I can do that.

Until a more formal Video Submission set up is released here (soon) you can contact me carlo@muclematt.com attach video or discuss video with me.  Submission is no a guarantee it will be posted, and some may deserve compensation.  Those are things we can discuss, this is an informal fun “side issue” to our more formal VIP ONLY category. 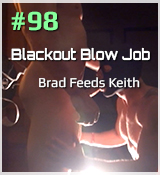